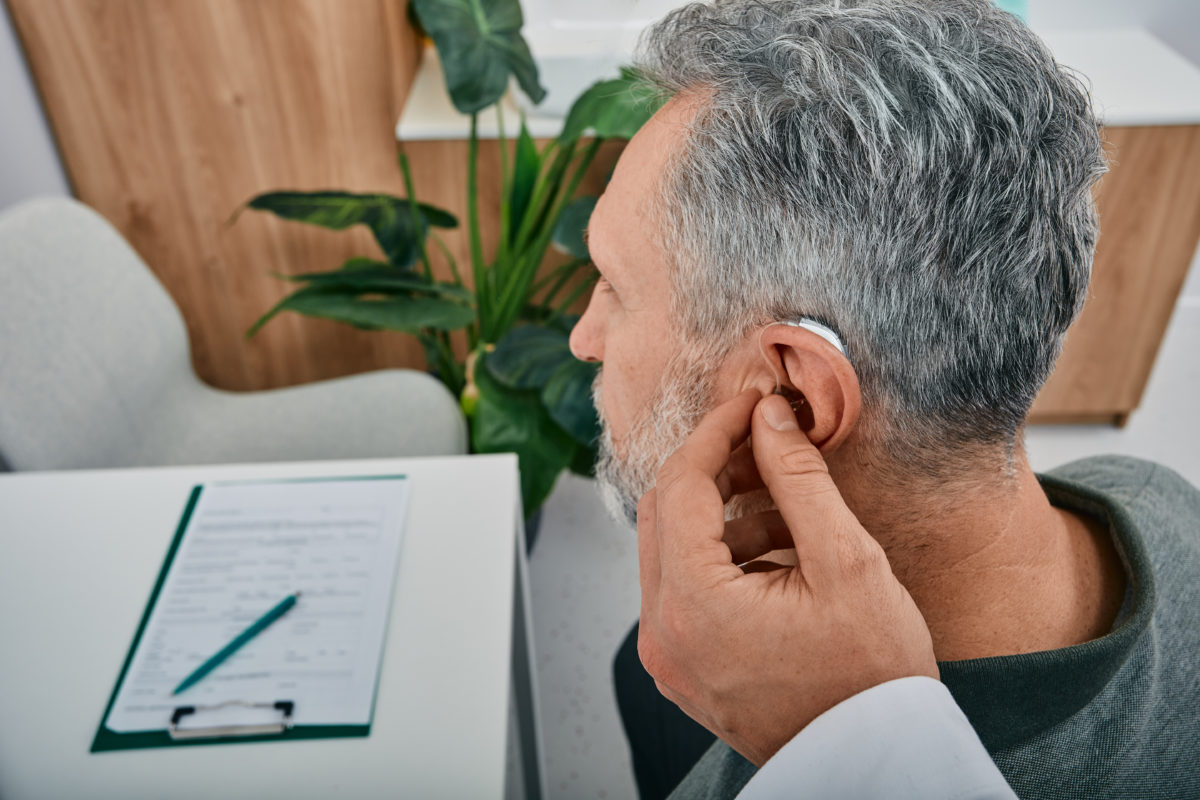 September is World Alzheimer’s Month! This global initiative raises awareness about dementia – a group of medical conditions that impacts 55 million people worldwide. According to Alzheimer’s Disease International, this is projected to increase exponentially, reaching 139 people by 2050. The most common type is Alzheimer’s which impacts up to 70% of people living with dementia.

Though it is widely assumed that dementia and/or memory loss is a natural part of aging, there are ways that cognitive decline can be prevented. Extensive research shows that hearing loss is one modifiable factor that increases the risk of experiencing cognitive decline. This also highlights that treating hearing loss can help protect brain health and prevent the development of conditions like Alzheimer’s.

How Are Hearing Loss & Alzheimer’s Connected?

Hearing is a process that involves both the ears and brain which work together to absorb and understand speech as well as sound. There are specific areas of the brain that are responsible for processing auditory information. So when hearing is impaired, the brain is also impacted. Extensive research shows that hearing loss can significantly increase the risk of cognitive decline. This includes a major study that was published in the Journal of the Alzheimer’s Association in 2019. Conducted by researchers at Brigham and Women’s Hospital and Harvard Medical School, this study involved 10,107 people, ages 62 and older.

Nearly 1 in 6 people have some degree of hearing loss. Though hearing loss is the third most pervasive medical condition people live with today, it still remains undertreated. Contributing to a delay in treatment is the fact that hearing loss typically occurs gradually. This means that symptoms can remain unnoticed for quite some time. Recognizing symptoms can help you intervene early by seeking treatment. Common symptoms include the following:

These symptoms can be mild to severe, depending on the degree of hearing loss present. Symptoms strain communication making it difficult to engage in conversations. This often leads to social withdrawal to avoid communication, another major symptom of hearing loss. If any of these symptoms are recognizable, it is important to have your hearing assessed as soon as possible.

These studies highlight the positive impact of hearing aids on brain health. This can reduce the risk of cognitive decline, protecting brain health from conditions like Alzhiemr;s.

Contact us today to schedule an appointment for a hearing consultation. World Alzheimer’s Month is a great time to prioritize your hearing health.