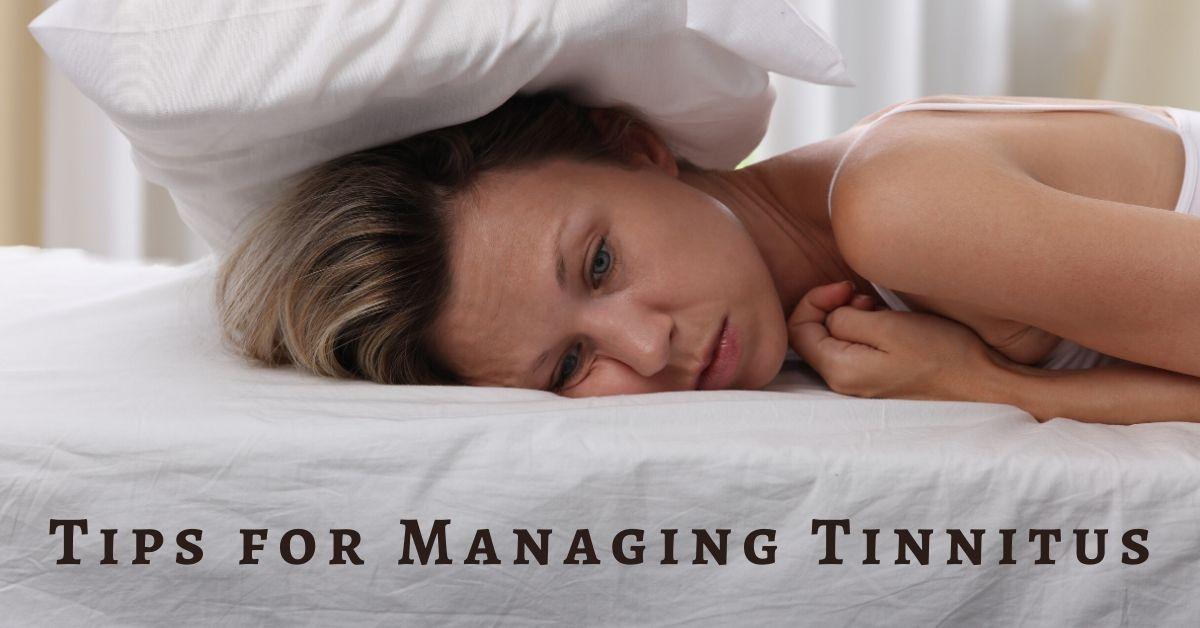 Tinnitus is one of the most common hearing-related afflictions in the U.S. today, and the most common medical problem experienced by veterans returning home. Tinnitus is usually accompanied by hearing loss, though sometimes it appears on its own. Most people describe it as a high-pitched ringing sound, though some experience scratching, buzzing, or clicking sounds. It may go on constantly, or it may come and go.

While over-exposure to noise leads the list of likely causes of tinnitus, it’s not absolutely clear what brings it on in most cases. Potential causes also include dietary problems, prescription drugs, caffeine and nicotine, and even stress. New research points to the possibility that tinnitus is the result of changes in the brain that occur after hearing loss. When the brain stops receiving signals at certain frequencies, it may generate tinnitus in the way that an amputee might experience the presence of a “phantom limb.”

Some forms of tinnitus may be caused by problems like a buildup of earwax or punctured eardrum, high blood pressure or hypertension, or even Lyme disease. In these cases, treating the underlying cause is likely to alleviate the tinnitus permanently. However, these are rarer cases. Tinnitus is usually a sensorineural phenomenon, meaning that it has to do with the cilia inside the cochlea, the auditory nerve or the brain, and as such it is not surgically treatable.

Whatever your type of tinnitus, there are a few things you can try to seek a cure or at least help alleviate the symptoms.

Tinnitus is often the first sign of hearing loss, so when it appears it’s a good idea to see a doctor and discuss lifestyle changes you might make or things you can do to prevent further damage to your ears. It may be determined that earwax, infection, or even allergies are the cause, and once one of these is treated the tinnitus may subside. Your doctor might send you to an otologist (ear doctor), otolaryngologist (ear, nose and throat doctor, or ENT), or an audiologist (hearing doctor) for further diagnosis and/or treatment.

There are over 1,000 prescription and over-the-counter drugs, herbs and chemicals that can cause tinnitus. Certain drug combinations are more likely to induce tinnitus, as well. The Center for Hearing Loss Help has information available as a book or e-book about the substances to avoid to help stop tinnitus. If your tinnitus started shortly after starting a new prescription medication or herbal medicine routine, talk to your doctor about switching or stopping the medication.

One of the best ways to get rid of the annoying effects of tinnitus is to mask it. While this doesn’t make the tinnitus go away, adding sound from external sources will cover up the sound of your tinnitus, making it seem like it’s not even there. Some people use cell phone apps, white noise machines, or in-ear sound generators (a good option if you sleep next to someone who won’t appreciate the white noise), but air conditioner units or fans work as well. Both William Shatner and Leonard Nimoy suffered tinnitus after a special effects explosion on the set of Star Trek, and they both credited masking as the only thing that really helped them.

If your tinnitus is resulting from stress, any approaches to reducing stress may help with your tinnitus. Some approaches include cognitive behavioral therapy (CBT), mindfulness, meditation and biofeedback. Even acupuncture has been found to help with tinnitus in some cases.

Change to an Anti-Inflammatory Diet

Dietary Approaches to Stopping Hypertension (DASH) and the Alternate Mediterranean Diet (AMED) have both been shown to reduce hearing loss by a significant degree, and they can have the same effect on tinnitus. In fact, an anti-inflammatory diet is good for a lot more than your ears and will go a long way toward maintaining your health into old age.

If your tinnitus is accompanied by hearing loss, as is often the case, it might be good for you to consider hearing aids. A hearing healthcare professional can help you determine if hearing aids are a good treatment option for your specific case. Modern hearing aids can be programmed to help alleviate tinnitus- an added bonus to the many benefits of boosting your hearing ability if it has started to decline.