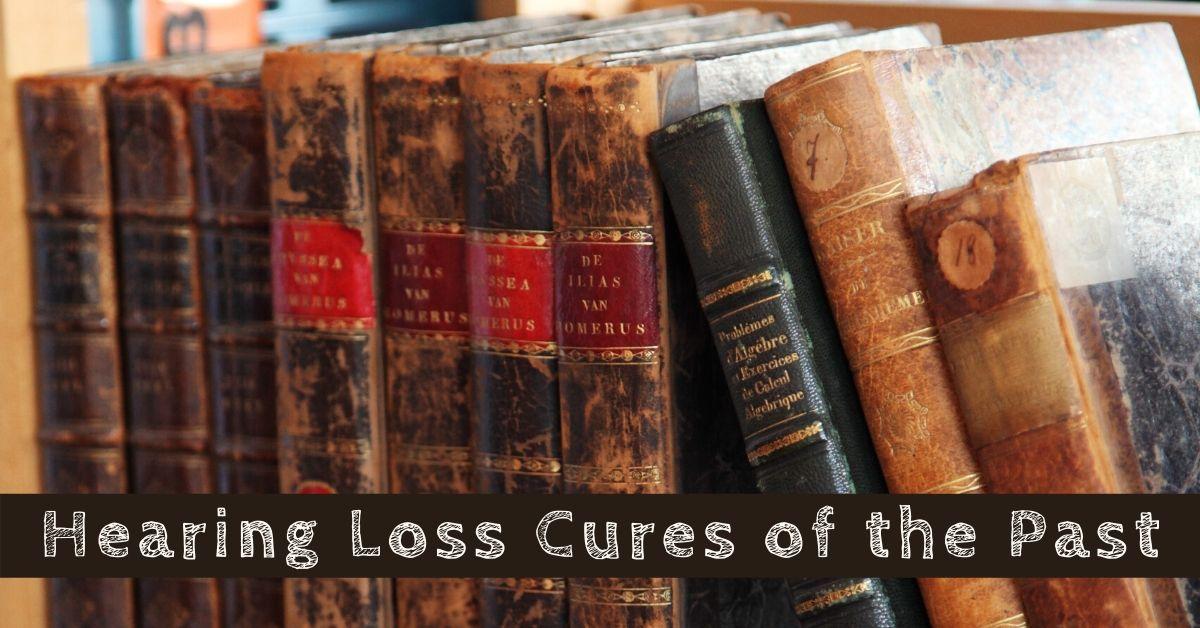 Hearing loss is a common health concern that millions of people navigate. Today, there is a vast amount of information, resources, and research available that helps us understand all there is to know about impaired hearing. Fortunately, there are several useful ways that hearing loss is treated. The most common treatment is hearing aids which are small electronic devices that work to absorb, sharpen, and process sound. There is now a wide-range of options that feature various styles and accessories designed to enhance one’s listening experience. But prior to the internet, advanced medicine and technology, what did people do?

Impaired hearing has been a condition that people have experienced for centuries. Throughout time, doctors and naturopaths have attempted to address and cure hearing loss; often trying bizarre and seemingly random remedies. The documented ways that doctors tried to cure hearing loss in the past are fascinating (and funny), here are a few!

Inserting Something in Ear

One of the most common ways that people thought hearing loss could be cured was through inserting objects or liquids in the ear canal. Some examples include:

In addition to putting wacky things in the ears, another major way people tried to alleviate hearing loss was through oral remedies.

Doctors and herbalists often recommended ingesting various things. It was common for herbalists to make mixtures of different herbs to restore hearing. People also claimed at one point that specific drugs could cure hearing loss (such as opium and tobacco).

Other attempts to cure hearing loss were based in physically doing something and people certainly tried a variety of actions including:

Inserting foreign objects and liquids in the ear, consuming herbs, and performing random actions did not work as you can imagine. Beethoven’s story really illustrates THIS.

Considered to be one of the greatest composers of all time, Beethoven long struggled with his hearing. He began experiencing tinnitus in his twenties, which is the sensation of a ringing or buzzing noise in the ears, a common symptom of hearing loss. Beethoven’s hearing continued to decline as he struggled to identify specific words and high frequency sounds. By the early 1800’s, his impairment was pretty significant. Throughout this time, he regularly consulted with doctors and attempted to cure his hearing loss. A few things he tried are:

These methods were not effective and eventually, Beethoven became deaf which impacted the way he communicated with others (often having to pass notes) and composed music.

Even during the modern era, people have tried to cure hearing loss using unscientifically proven strategies. This includes:

Luckily, we are aware of or can easily research how hearing loss actually works. We know that damage to the hair cells in the inner ear is permanent because they do not regenerate. These hair cells are critical to translating the soundwaves we absorb from the environment into electric signals that can then be sent to the brain to be processed and understood. Knowing that these hair cells cannot be restored means that none of these old remedies and practices can actually work! There are ways that hearing can be enhanced and strengthened, as referenced previously, hearing aids being the most common way that can drastically improve hearing.