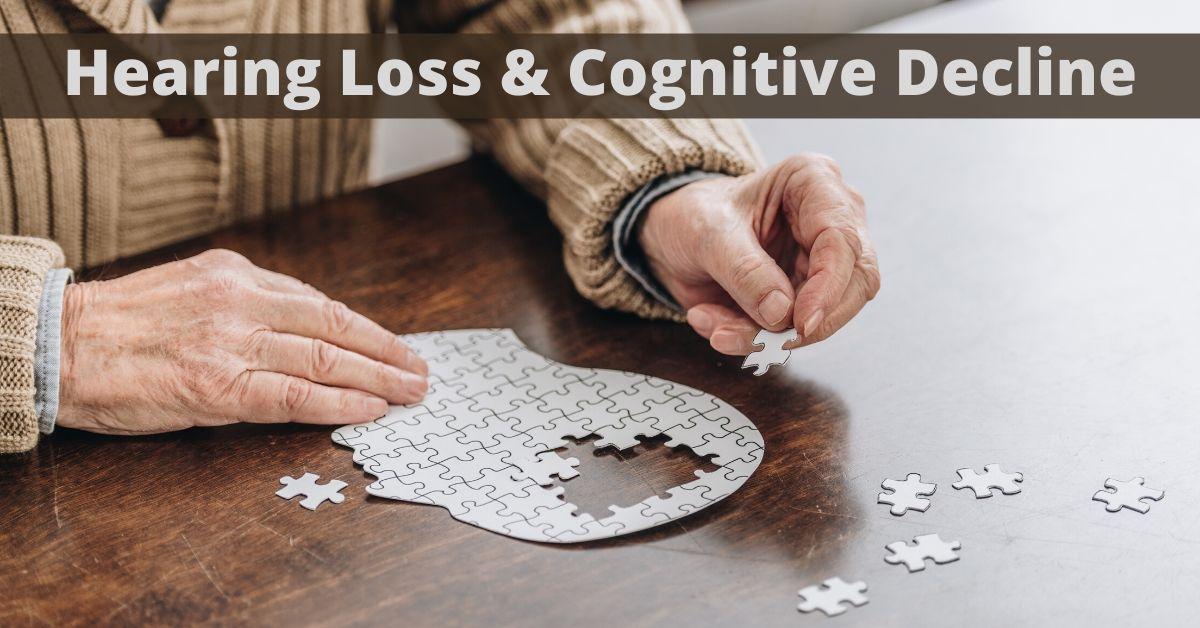 If you’ve suffered from untreated hearing loss, you probably know how exhausting it can be to try to follow a conversation when you can’t hear it all. Using context clues to help fill in the blanks, trying to tell the difference between “m” sounds and “n” sounds, and working your brain in overtime to try to separate conversation from background noise will all make it much harder to converse.

With normal hearing ability, we use the auditory centers of our brain to comprehend what’s being said and the higher-order frontal cortex to consider its meaning and formulate responses. But when hearing loss enters the picture and we start to lean on the methods mentioned above to help us parse out the meaning of what we can’t quite hear, we’re using our frontal cortex not only to engage thoughtfully with the conversation but also just in order to understand it.

This begs the question: What happens to the auditory center of the brain, then? Well, increasing numbers of studies show that it actually begins to atrophy when we send it less auditory information. And because it is also linked to functions like memory and learning, the going theory is that the atrophy we experience with untreated hearing loss in the auditory cortex can significantly increase our risk of cognitive decline and dementia.

Hearing Loss is a Strong Risk Factor for Dementia

In fact, a study directed by otolaryngologist Dr. Frank R. Lin at the Johns Hopkins Center on Aging and Health found that older adults with hearing loss were 24% more likely to experience cognitive decline over a six-year period. Compared to control groups with normal hearing, they experienced cognitive decline 40% faster, and had more trouble with thinking and memory. The worse their hearing ability was at the start of the study, the more cognitive trouble they had by the end.

What’s more, when controlled for other possible causal factors like diabetes and hypertension, hearing loss still puts those who suffer from it in a higher-risk group for cognitive decline, suggesting there is, indeed, a causal link between hearing loss and dementia.

Aside from the atrophy of the auditory cortex over time, there are two other effects of hearing loss that may contribute to earlier onset of cognitive decline. One is the increased “cognitive load” itself, where the frontal cortex is overstressed by trying to make sense of the garbled messages coming in through the ears, which slowly chips away at its ability to think and make decisions effectively.

The other is the well-documented social isolation that accompanies age-related hearing loss: as we find ourselves less able to participate comfortably in social activities, we tend to draw away from them. This, in turn, reduces the amount of cognitive activity we engage in which allows the brain to decline faster overall.

It could be that all three of these potential causes are at work together. We don’t know for sure. What we do know is that treating hearing loss helps prevent our withdrawal from social activity and makes it possible to stay active and keep sending the auditory cortex all the information it is used to receiving.

Get Your Hearing Tested

The American Speech-Language-Hearing Association (ASHA) suggests that a person should get a hearing test at least once every decade up through age 50, and every three years after that. Catching hearing loss early is a good idea, since there might be aspects of your diet or daily activities that are causing hearing loss without your knowledge. If you catch hearing loss before it causes you problems, you can significantly extend your hearing ability into old age by adopting an anti-inflammatory diet, wearing hearing protection, or other measures specific to your situation.

Hearing aids are a significant investment, but they are just that: an investment. Don’t go down the road of “adjusting” to your hearing loss. The longer you wait to start wearing hearing aids, the more likely you’ll already have experienced a significant amount of brain atrophy. While hearing healthcare centers often offer training courses in learning to comprehend speech again, these are far less necessary if we start wearing hearing aids as soon as we know we could use them. It’s always harder to get something back than it is to maintain it in the first place, so be good to your ears and treat your hearing loss sooner than later.