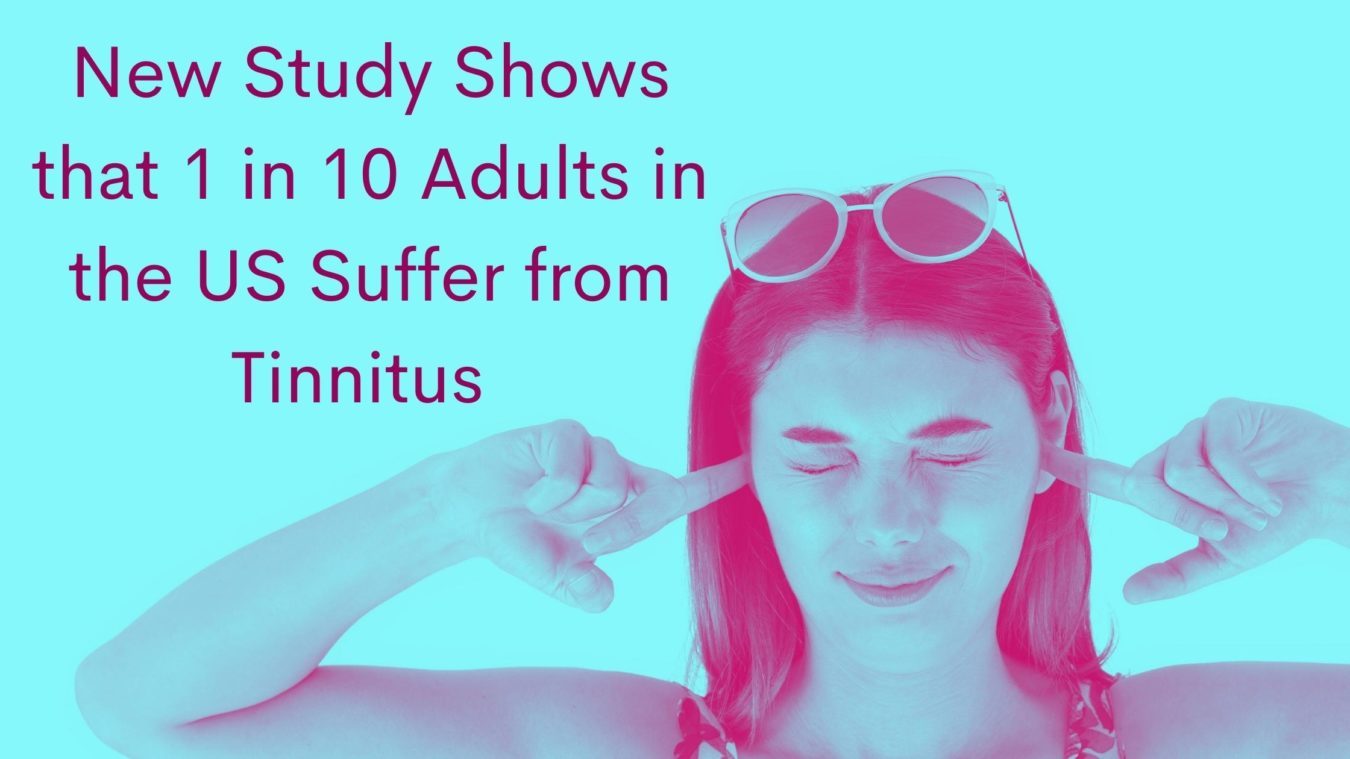 Do you ever experience ringing, buzzing, or hissing in your ears? If so, you may suffer from tinnitus. Tinnitus is the perception of sound without external sound stimuli. This can manifest as ringing, buzzing, or even roaring and can be extremely frustrating and distracting in everyday life. If you experience these symptoms, it could be an indication of injury to your auditory system.

Study finds many of us are suffering from tinnitus

According to a University of California – Irvine study, roughly one in every ten Americans have experienced tinnitus in just the past year.

Surveying data from over 75,000 adult subjects, the research found that 9.6% of people have a recent experience of tinnitus. Among the 21.4 million US adults who deal with tinnitus, 27% have had symptoms for longer than 15 years, and 36% have experienced nearly constant symptoms.

Higher rates of tinnitus were reported in those with consistent exposure to loud noises at work and during leisure activities.

The source of tinnitus varies from individual to individual. It can be caused by problems located anywhere in the auditory system, including the outer, middle, and inner ear and the auditory nerve that connects our hearing to our brain.

Most often, tinnitus arises as an effect of hearing damage caused by excessive noise exposure. Tinnitus can also be caused by impact injuries or head trauma, infections, other diseases, and even a side effect of certain medications. This is why it is essential to bring hearing protection to your favorite concert or in a noisy work environment.

It is often explained as a “misfiring” of your hearing where components of your auditory system are activated as they would be in the presence of sound waves, despite the reality that an actual sound is not triggering them.

The tinnitus noise can wrestle away our focus and attention from more critical listening and contribute to a higher risk of depression. The severity of tinnitus can vary from person to person. In the UC Irvine study, participants with tinnitus were asked to describe the condition’s intensity in their life. Roughly 7% of respondents viewed tinnitus as a significant problem. Just over 40 percent described their tinnitus as a minor health issue, with the majority of participants classifying the significance of their tinnitus somewhere in between.

Is there a cure for tinnitus?

No cure exists for tinnitus but approaches for minimizing tinnitus do. Treatment strategies that may be beneficial include avoiding excessive noise and using earplugs when it is unavoidable.

Other deterrents of tinnitus include caffeine, nicotine, and decongestants, which can also aggravate symptoms. Sometimes adding background noise like quiet music, a fan, or a white noise machine can distract the brain from the internal noise.

If the symptoms are particularly exasperated, using medications such as sedatives or antidepressants can help when the condition interferes with sleep or causes a high level of anxiety or stress. However, this is not a permanent solution. Meditation, chi gong, and yoga can help people relax to cope with tinnitus and cognitive behavioral therapy.

Amplifying hearing with a hearing aid can be one of the greatest tools in battling tinnitus because the brain would instead process external sounds then be distracted by internal noise. Often tinnitus therapy involves blending the distracting tinnitus sound into a variable and calming sound palette that reduces the significance of the tinnitus sound to the listener. Tinnitus therapies are available, with many hearing aid manufacturers offering a feature that plays white noise or nature sounds to mask tinnitus sounds. There are even smartphone applications available now to combat tinnitus.

Just as tinnitus can differ for every individual, finding effective tinnitus therapy may take some trial and error.