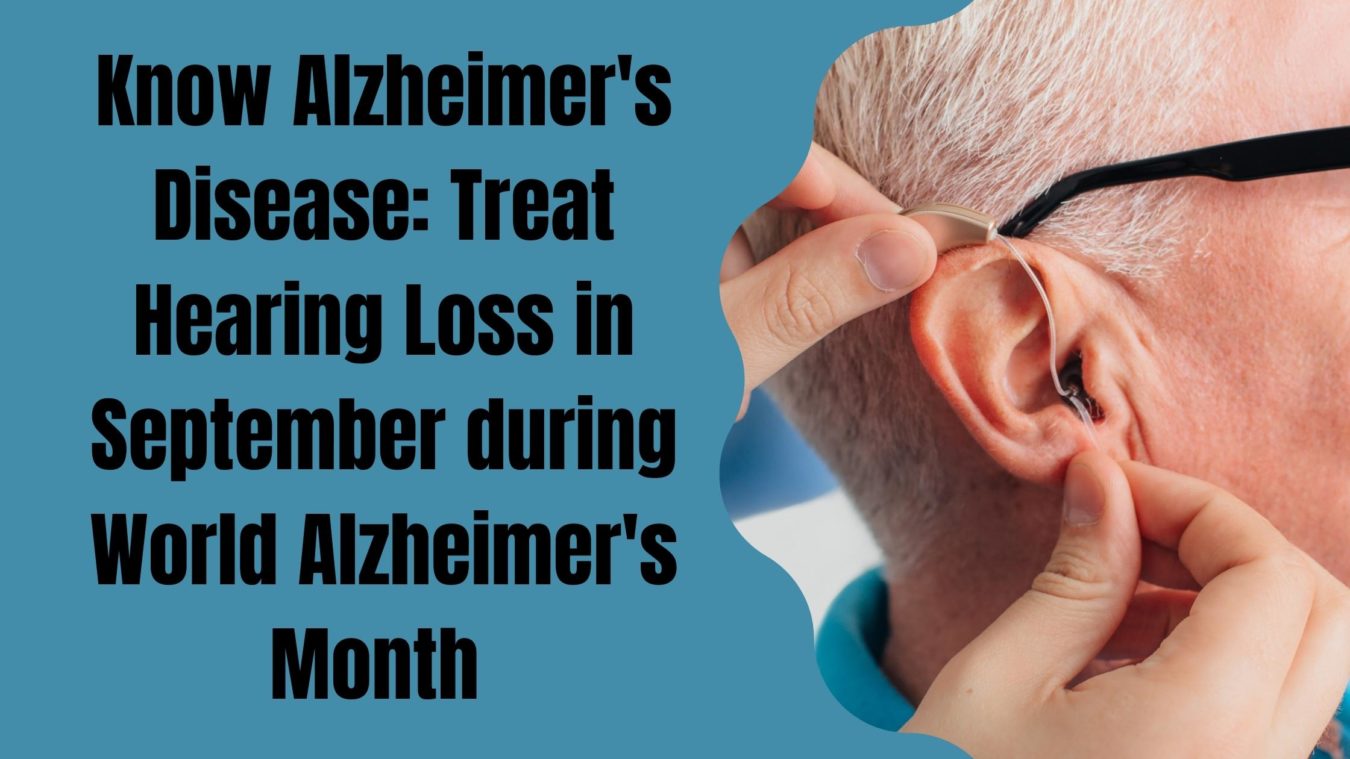 September is World Alzheimer’s Month and September 21st is World Alzheimer’s Day! Starting in 2012, this international campaign is committed to raising awareness about dementia. Dementia includes a range of medical conditions that progressively deteriorate cognitive functions – memory, thinking, decision making, learning etc. 50 million people worldwide have dementia, a number that is projected to grow rapidly. The causes of Alzheimer’s disease, the main type of dementia, are unknown so identifying and addressing risk factors is a critical preventative measure. Hearing loss is one risk factor that can be treated, improving cognitive health.

Alzheimer’s Disease International established World Alzheimer’s Month to raise global awareness and challenge the stigma around dementia. Alzheimer’s is the most common form of dementia, accounting for 60%-70% of the dementia that people experience today. In the United States specifically:

Alzheimer’s is a progressive condition that leads to declining cognitive functions. It commonly starts with mild memory loss and can evolve into inability to recognize loved ones, complete tasks, engage in conversation etc. Alzheimer’s can take a toll on capacity to learn, make decisions, and communicate. This disrupts daily life and people may require additional care and assistance.

There are no exact causes of Alzhimer’s disease and because it is expected to impact more people exponentially, there is significant emphasis on identifying and treating risk factors. Extensive research links hearing loss to cognitive decline, showing that impaired hearing can increase the risk of developing conditions including Alzheimer’s.

Hearing loss impacts nearly 48 million people in the U.S. Nearly 1 in 5 people have some degree of impaire hearing, making hearing loss one of the most common medical conditions people navigate today. Several factors can cause hearing loss including the following:

Other causes of hearing loss include head/neck injuries, genetic history, and specific types of medications. Hearing loss produces numerous symptoms that make it difficult to hear and communicate on a daily basis. Strained communication has far reaching effects on all aspects of life: relationships, job performance, social engagement, and brain health.

This highlights the importance of treating hearing loss and protecting your hearing health.

Treating hearing loss drastically enhances health. The most common treatment is hearing aids which are electronic devices that help process sound. This support maximizes hearing which alleviates symptoms, strengthening hearing and communication. This improves brain health, reducing the risk of cognitive decline. Commit to your hearing health today by scheduling an appointment for a hearing test! This is the first step to addressing your hearing needs which can change your life and health!