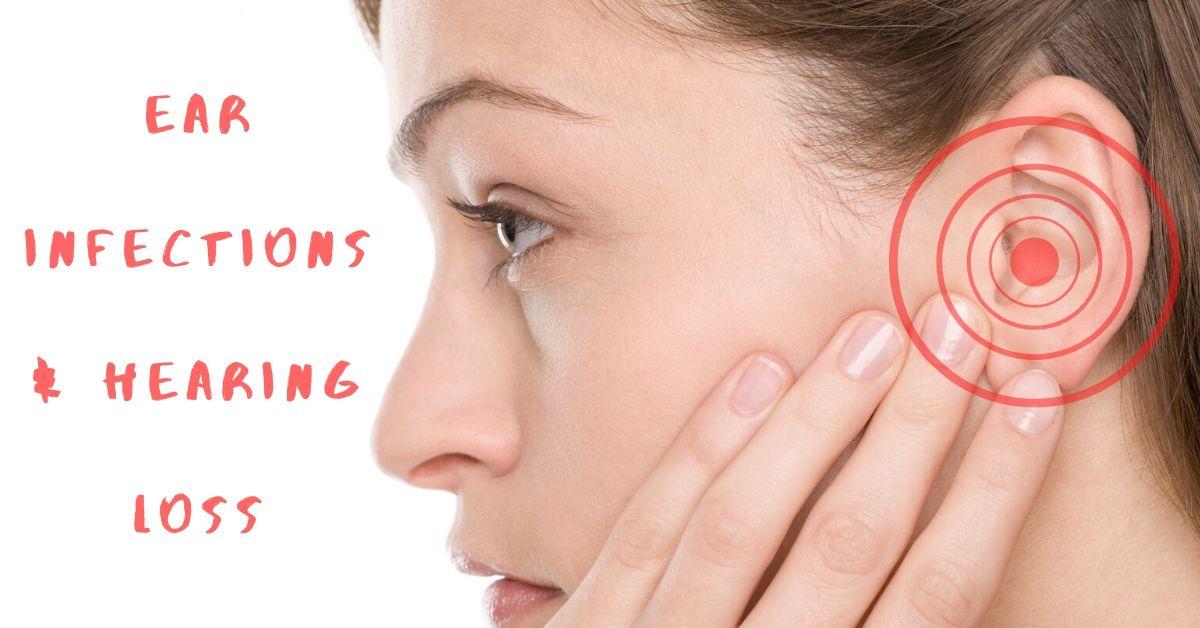 In America, earaches are among the top reasons for a visit to the pediatrician’s office. The CDC lists that 5 out of 1,000 children age 3-17 has some kind of permanent hearing loss, so it’s no joke when your child has pain in their ears or complains that they can’t hear. Modern technology and the business of modern life mean that we are exposed to more loud noise than ever, and at younger ages than ever. But there is a difference between the hearing loss caused by noise exposure and that caused by infection, and the good news is that in most cases the hearing loss caused by ear infections is temporary.

What’s going on with ear infections? While adults can get them, they are far more common in children. There are two reasons for this. The first is that children’s immune systems are simply not as developed as those of adults. Kids need to get sick a few times so their bodies get used to the kinds of bacterial and viral threats they’ll see in the future. The second is that the shape of children’s bodies is a little different: their auditory tubes (formerly known as Eustachian tubes) are more horizontal than those of adults, making them less effective at keeping infections out of the ears. Let’s look at this a little closer.

The middle ear is the part that is most often infected when a child has an ear infection. This is the part of the ear between the outer and inner ears. It is bounded by the eardrum on the outer side and the cochlea on the inner side. The middle ear is a hollow chamber that contains the malleus, the incus, and the stapes: the three smallest bones in the body (each about the size of a grain of rice). The function of the middle ear is to prepare the mechanical energy of sound to be transported from the air into the fluid of the cochlea, where it is then converted into electrical energy for transportation to the brain. Pressure between the middle and outer ear needs to be the same, and though the eardrum prevents fluid transfer between the two, the auditory tube allows the pressure in the middle ear to be regulated via the throat.

The middle ear gets infected as a result of upper respiratory infections, like colds. Because of the aforementioned position of children’s auditory tubes, which are not only more horizontal but also closer to the tonsils, infections can more easily spread from the throat into the middle ear. If the infection results in the production of fluid, this fluid will clog the middle ear and prevent the eardrum and the tiny bones from moving freely, which results in temporary hearing loss. Hearing will return to normal once the fluid is gone from the middle ear.

In most cases, the pediatrician will prescribe medication for the pain but will want to hold off on antibiotics. Immediate prescription of antibiotics will get rid of the infection, but at the expense of the child’s developing immune system, not to mention the microbiome. The more we learn about the workings of the body and its relationship to bacteria and antibiotics, the more we see the negative effects that antibiotics can have. So, it is best to let the child’s immune system fight the infection off by itself. If the infection persists after a few days, the doctor will likely prescribe amoxicillin.

The largest danger of temporary hearing loss for normally-hearing children is the interruption in learning it can cause. This is not a big deal for the duration of a couple bouts with illness, but if your child suffers from ear infections frequently, a doctor may suggest “ear tube surgery,” whereby a small incision is made into the eardrum and a small tube is placed through it. This allows for fluids to escape from the middle to the outer ear and reduce or eliminate hearing loss while also reducing the frequency of infection. Another approach might be to remove the tonsils, and one or the other might be recommended based on the types of infections your child is most frequently found to have.

Remember that an ear infection is always preceded by an upper respiratory tract infection, so look out for the signs of colds and wash hands frequently.