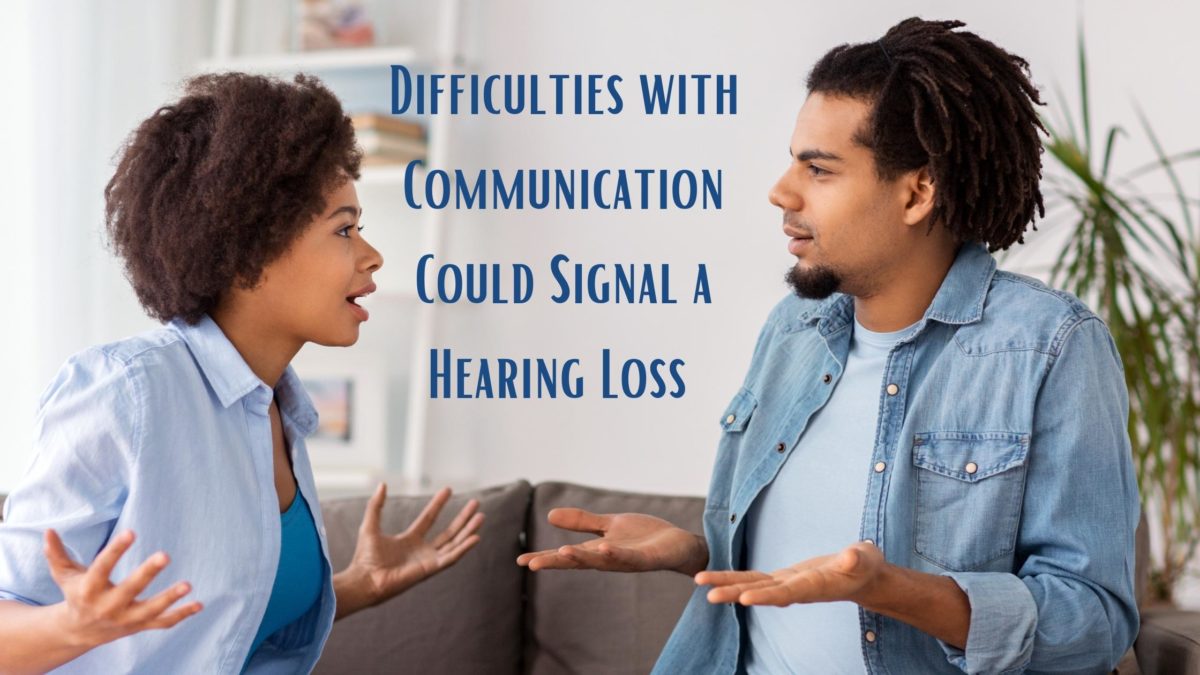 The past few years have been difficult for everyone. A lot of us aren’t as used to spending time in large groups as we used to be. Now that many of us are attempting to spend time with others again, you might find you are having to ask people to repeat themselves again. This is normal for everyone, especially with the wearing of masks in public settings, but if this seems to happen more and more often it could signal a hearing loss.

While many think of hearing loss as a condition that primarily affects seniors, more and more, people of all ages are experiencing hearing loss. This may be in part because of our ever-increasingly loud world. The Centers for Disease Control finds that nearly 13 percent of U.S. workers suffer from at least some hearing loss.

One of the greatest risks to our hearing is exposure to noise. When noises exceed safe listening levels, they damage the internal structure of the inner ear which sends sound to the brain. While this does happen in the workplace, noise-induced hearing damage can occur from traffic on the way to work, hobbies, or even just from living in a noisy neighborhood. One of the greatest threats to hearing health is personal listening devices and headphone use. These popular devices are worn by people of all ages to work, travel, exercise, and relax, easily exceeding safe listening levels for hours on end.

What is Hidden Hearing Loss?

For many with hearing loss, it can be particularly difficult to differentiate the conversation you are trying to have from the other noise in a crowded room. This can signal a hidden hearing loss. Alarmingly, a hidden hearing loss gets this name because this type of hearing loss doesn’t always show up on a standard hearing exam. Particularly for a younger generation, there may be no problem hearing sound when in a quiet environment. However, once the noise level increases, it may be difficult to separate speech from other sounds. This is more common than you may initially suspect. If you have found, you are struggling to hear and enjoy conversations with your friends, family, and co-workers in a crowded restaurant or grocery store, it could mean you have a hidden hearing loss.

While scientists are still not exactly sure what causes a hidden hearing loss, a study led by Dr. Gabriel Corfas, director of the Kresge Hearing Research Institute at Michigan Medicine’s department of otolaryngology, found a couple of factors that seem to contribute. The research found that the cause of hidden hearing loss is cognitive. Exposure to loud noise has been found to disrupt the Schwann cells in the brain. Schwann cells make myelin, which is responsible for insulating the neural pathway that runs from the ears to the brain. When there is a deficiency of myelin in the brain, auditory signals struggle to reach the brain, causing a particular issue with the differentiation of sound in crowded spaces.

Interruption of Synapses in The Brain

The researchers found that another cause of hidden hearing loss may also have to do with how excessive noise causes damage to synapses in the brain. Sound causes the synapse that connects the cells of the inner ear with the neurons that carry sound signals up to the auditory cortex in the brain to break down. As the synapse becomes depleted, less and less sound can arrive in the brain. This might explain why it is so hard to detect a hidden hearing loss. It may not take as many synapses to hear and decipher sound in a quiet place such as an audiologist’s office. However, in a noisy place with multiple conversations occurring at once, it can require a lot more cognitive functioning. In a noisy environment, your brain must decide which sounds you need to hear and subdues the rest. The amount of brainpower this requires is often too much for the damaged synapse, leaving an individual unable to separate one conversation from the one you are supposed to be a part of.

If you suspect you have a hidden hearing loss, it is important to treat it now. We have the best tools to identify a hidden hearing loss before it becomes a major communication issue. Schedule a hearing test with us today and get ready for a future with healthy hearing!