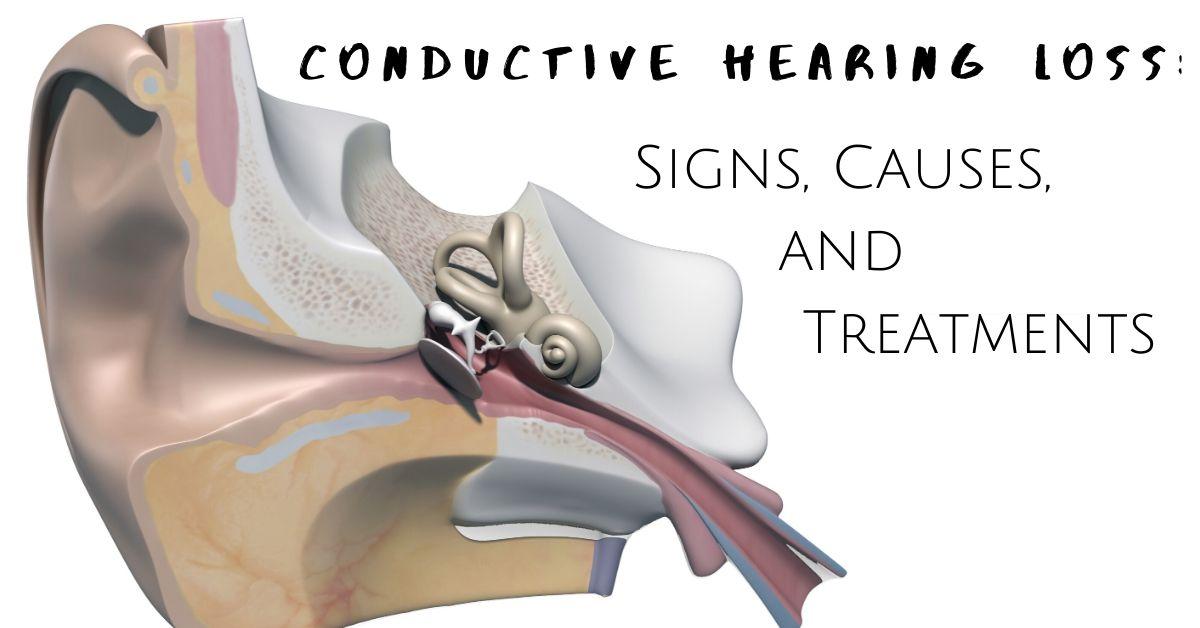 Losing the ability to hear can be frightening, especially when it comes on very quickly, seemingly out of nowhere. Maybe you had a perfectly normal day, went to sleep, and woke up unable to hear in one ear or with a kind of stuffed-up feeling in your ear. More than likely, you’re suffering from a kind of conductive hearing loss.

What Is Conductive Hearing Loss?

Conductive hearing loss, on the other hand, is caused by anomalies in the outer or middle ears. The outer ear includes the ear canal and the eardrum, and the middle ear is a hollow cavity just inside, connected to the throat via the auditory tube (formerly known as the Eustachian tube), and containing the three smallest bones in the human body: the malleus, incus and stapes. The inner and middle ear prepare the mechanical energy of sound in air to be transferred to the fluid inside the cochlea.

The #1 cause of conductive hearing loss is the good old-fashioned childhood ear infection, or otitis media. This is also the #1 reason for visits to the pediatrician. With some ear infections, and due to the shallower angle of children’s auditory tubes, the cavity of the middle ear (the “tympanic cavity”) can become filled with fluid. This creates a feeling of pressure inside the ears and can be painful. It also constricts the movement of the bones in the middle ear, which causes hearing loss. Thankfully, when the infection subsides (usually on its own), hearing will return to normal.

Abnormal bone growth in the ear canal or in the middle ear may also be the culprit. This could mean extra bones growing where they shouldn’t normally grow, or a fusing together of two or all three of the malleus, incus and stapes. These are more serious conditions, but are still treatable with surgery and hearing can be restored or improved.

Puncturing of the eardrum can also cause hearing loss. Surgery in this case can usually restore hearing, as well.

How Do I Know If My Hearing Loss Is Conductive?

Symptoms range for various types of conductive hearing loss. But usually, if your hearing loss has come on suddenly with no traumatic incident, the cause is likely in the outer or middle ear, and likely the hearing loss is not permanent. You might also notice that your hearing is muffled, but you can still make everything out. Conversely, you might have trouble understanding speech. If your ear is discharging any fluid, it’s likely an infection causing your hearing loss.

Whatever the case, if you’re experiencing noticeable hearing loss of any kind, you should get to a doctor as soon as possible. They can diagnose your condition and recommend the proper treatment, whether it is removing an obstruction, surgery, or just a few days of leaving it alone.