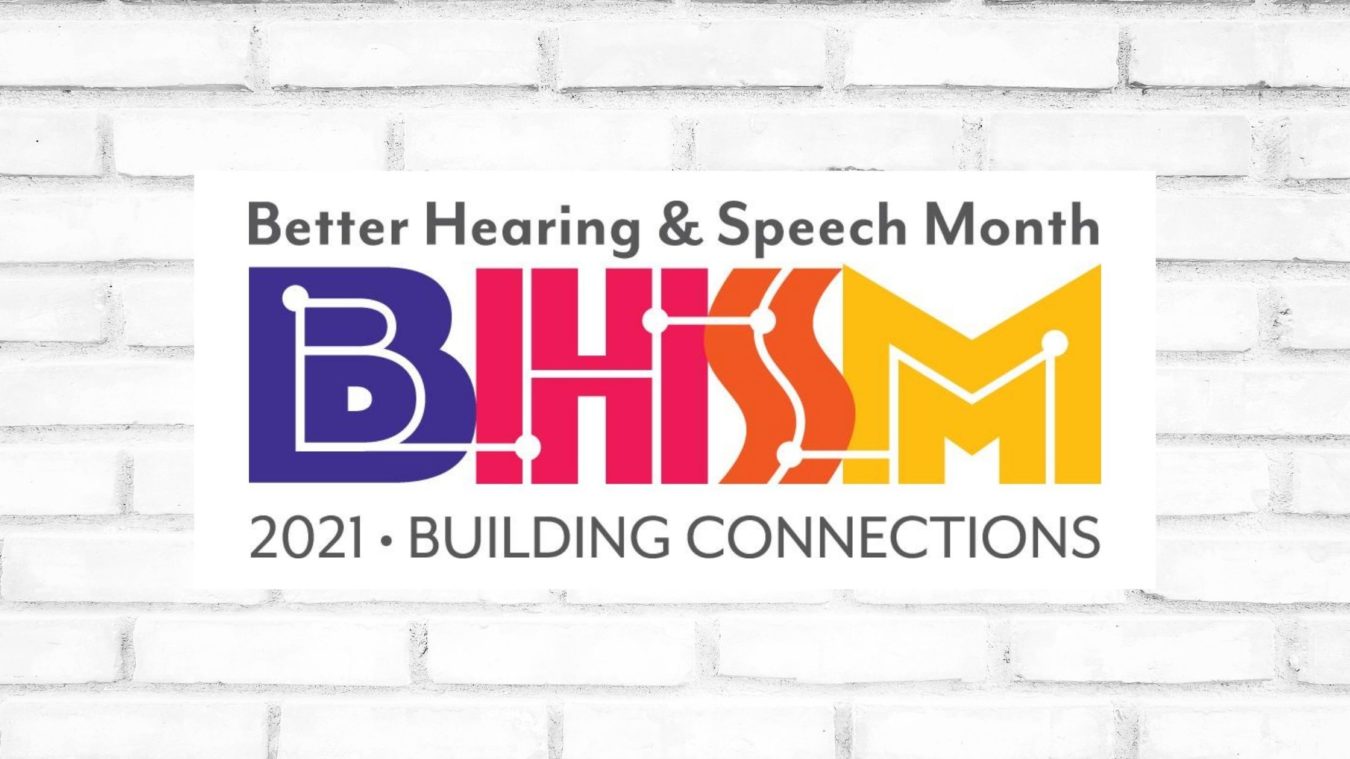 May is here and many of us may be enjoying the sound of newly sprouted leaves blowing in the wind and birds chirping above. However, if you have a hearing loss you may not be able to hear these sounds at all, or even realize you are missing them in the first place. This is because hearing loss can progress slowly and grow worse over time. Many spend years in denial that their hearing loss is an issue for themselves and the people in their lives.

The truth is that the risks of ignoring your hearing loss are very serious. In 1927, The American Speech-Language-Hearing Association (ASHA) designated the month of May as Better Speech and Hearing Month as a way to stress the importance of detection and treatment of hearing issues. This year’s theme is “Building Connections.”

The Risks to Communication with Untreated Hearing Loss

While hearing loss occurs in the ears, it is ultimately a communication issue. Have you found that your significant other, family and friends are ever frustrated because you have to ask them to repeat themselves? Over time these communication issues can turn into major relationship issues, sometimes causing irreversible rifts. In fact, a 2007 survey from the Energizer Battery Company revealed that within marriages nearly seven in 10 reported that they become frustrated when their spouse is unable to hear them. 16 percent reported that they felt ignored and another eight percent reported hurt feelings. It’s all too common for these relationship issues to manifest as chronic depression and anxiety, causing many with unaddressed hearing loss to isolate.

The Importance of Connection

Humans rely on connection more than you may first suspect. Social connection improves physical health and mental and emotional well-being. Prominent research reveals that loneliness is in some ways as much of an issue as the COVID 19 pandemic as lack of human connection can be more harmful to overall health than obesity, smoking and even high blood pressure. Either way this past year has been difficult on many who rely on human connection for mental health and a sense of belonging. For those with untreated hearing issues, this can be devastating as this adds communication hurdles in a time where many of our interactions are now online.

Cognitive Decline for those With Untreated Hearing Loss

The importance of connection may be more serious than you may first suspect. Not only is loneliness likened to an equal risk to your health as smoking 15 cigarettes a day, but it can also cause under stimulation that can affect cognitive ability. For those with hearing loss, studies reveal a serious impact on cognitive function.  A study led by Jonathan Peelle, now at Washington University in St. Louis Hearing loss found that hearing loss actually may cause brain shrinkage, also known as brain atrophy. This brain atrophy affects the regions of the brain involved in muscle control, and sensory perception such as seeing and hearing, memory, emotions, speech, decision making, and self-control. Researchers also suspect that it is a major factor in the likeliness of developing dementia, sooner or at all. A prominent Johns Hopkins Study revealed that the likeliness of developing dementia increased by every 20 decibels of hearing loss.

What Can You Do?

It is alarming to think that if you don’t diagnose your hearing loss early enough you are already increasing the risk that you may lose the memories of your life and the ability to achieve daily tasks due to dementia. However, a study in the Journal of American Geriatrics Society finds that using a hearing device makes these problems significantly less likely to occur. Hearing aids and amplify the sounds you struggle to hear so you can communicate and connect to the people in your life. The study revealed that wearing hearing aids not only reduced the relative risk of being diagnosed with dementia by 18% but also reduced the emotional impacts of hearing loss such as depression and anxiety by 11%.

May is the Month to Start Hearing Better

Use this year’s Better Speech and Hearing Month as a call to action to schedule a hearing test, no matter your age, or how well you think you hear. The sooner you detect even a mild hearing loss the sooner you can start to combat the effects of hearing loss and focus on the relationships and connections that truly help you feel alive!