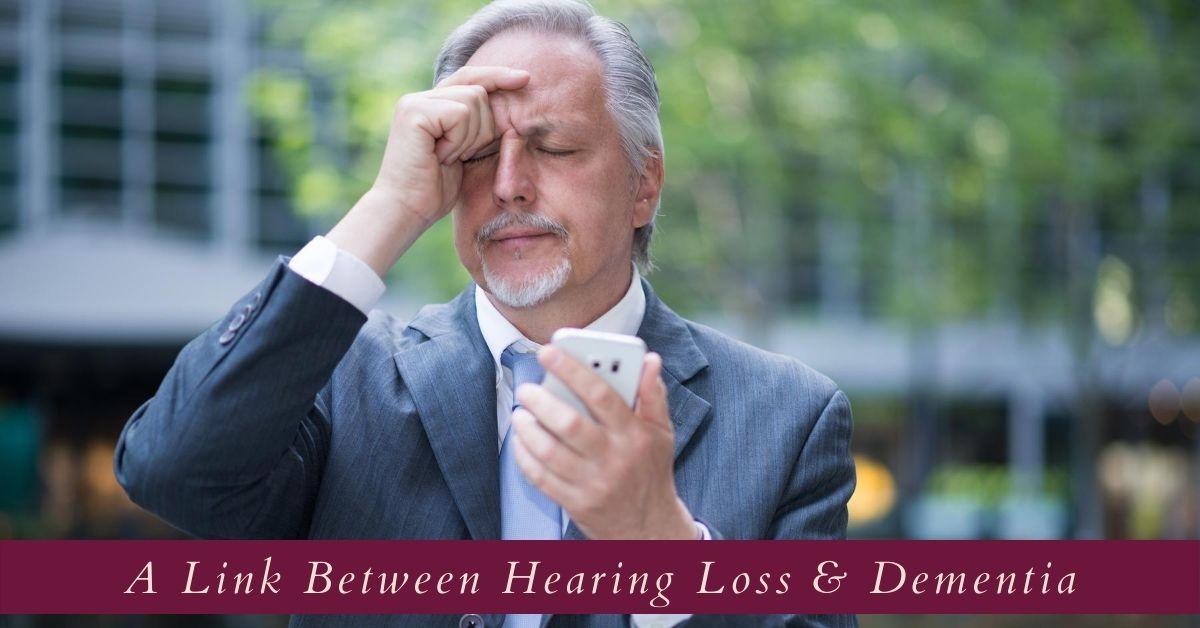 Dementia is a rapidly growing health concern that significantly impacts a person’s life. It is a condition that is mainly characterized by cognitive decline which affects memory, capacity for decision making, learning, concentrating etc. This significantly shapes one’s ability to independently navigate on a daily basis with ease.

Because there is no cure for dementia, there is important emphasis placed on identifying risk factors. Early detection of cognitive decline provides greater opportunities for intervention and effective management of symptoms which can delay (or reduce risk) the development of dementia.

There has been ongoing research that focuses on hearing loss as a risk factor for the progression of dementia. Studies show that hearing loss, a pervasive chronic health condition, can contribute to cognitive decline.

Hearing loss is the third most common health condition that older adults experience. According to the National Institute on Deafness and Other Communication Disorders, for adults ages:

These statistics reveal just how prevalent impaired hearing is. Hearing loss restricts the sound that a person absorbs and processes, reducing one’s ability to hear. There are various factors that cause hearing loss including existing medical conditions, environmental exposure to loud noise, and genetic history. This most commonly damages the hair cells located in the cochlea which play a critical role in translating soundwaves for the brain to process and make meaning of. Hearing loss strains communication which is foundational for healthy relationships, social life, job performance etc. Additionally, increasing research shows that hearing loss increases the risk of various health concerns including dementia.

Link between Dementia and Hearing Loss

According to the World Health Organization, the number of people living with dementia is expected to nearly triple by 2050. Currently, 80% of people who live with Alzheimer’s – the most severe form of dementia – are 75 and older. This same age group also disproportionately experiences hearing loss so numerous studies investigate the overlap of hearing loss and dementia, finding that impaired hearing is a risk factor. A few important studies include:

These studies are among many that show a strong correlation between hearing loss and cognitive decline. Researchers suggest that hearing loss affects the parts of the brain that are responsible for processing sound and that this inactiveness (of brain cells, auditory function etc.), affects cognitive functioning.

A critical way to reduce your risk of cognitive decline is to attend to your hearing health! The best way to start is by scheduling an appointment for a hearing assessment. Hearing tests are a simple and noninvasive way to measure your hearing ability in both ears and determine if you are experiencing any impairment. They also establish what your hearing needs are, allowing hearing healthcare specialists to develop the most effective treatment options to meet those needs!